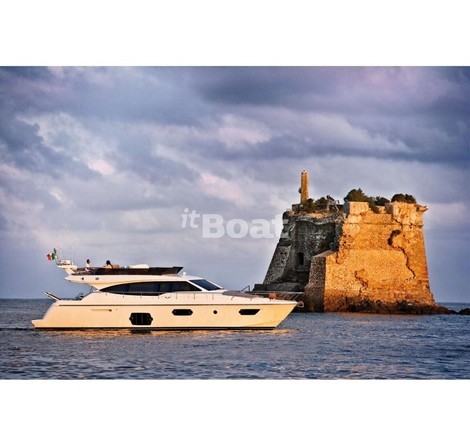 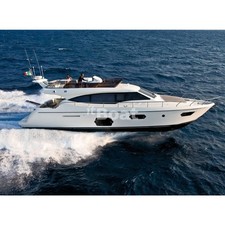 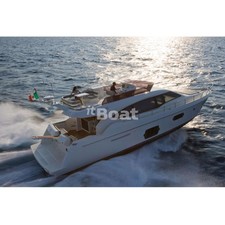 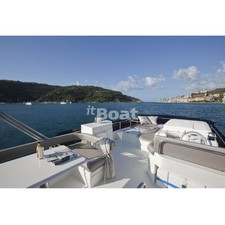 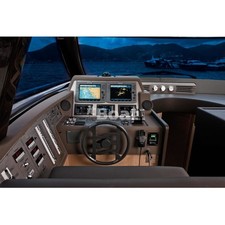 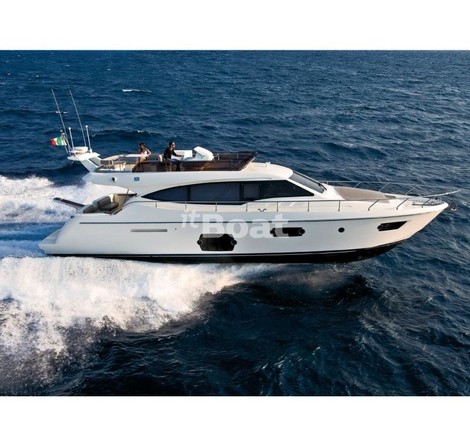 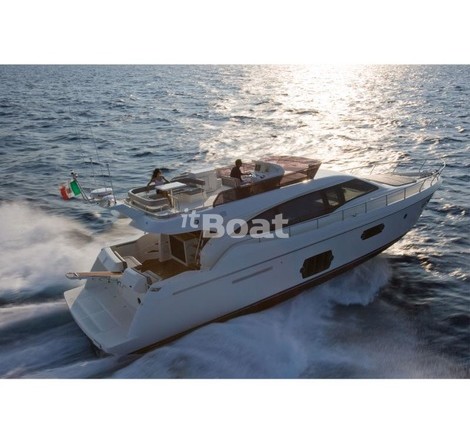 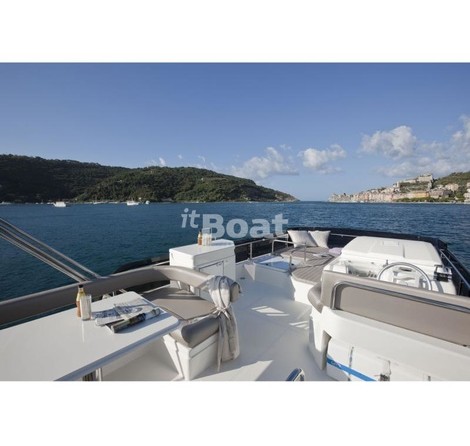 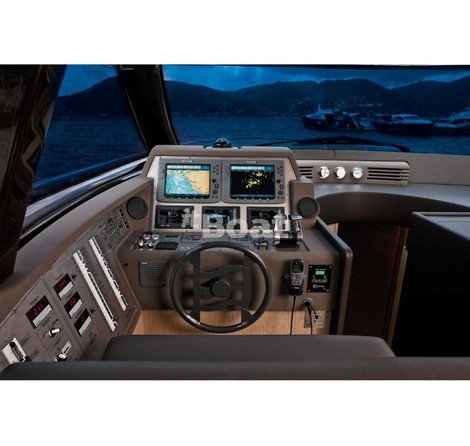 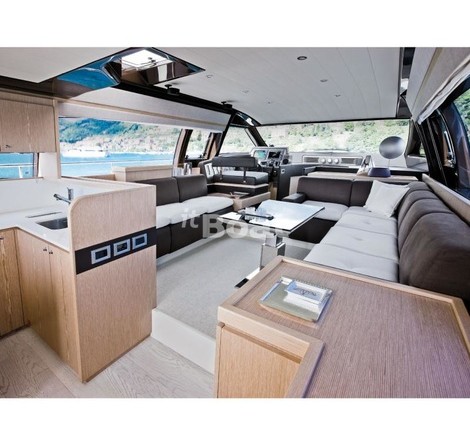 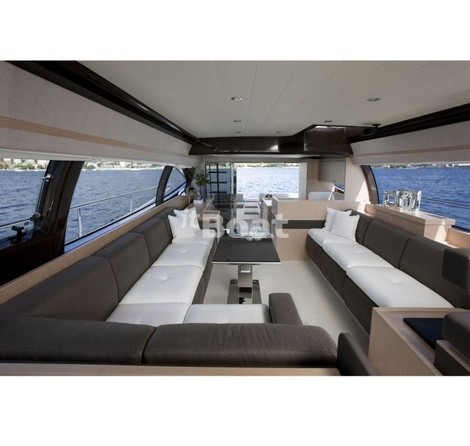 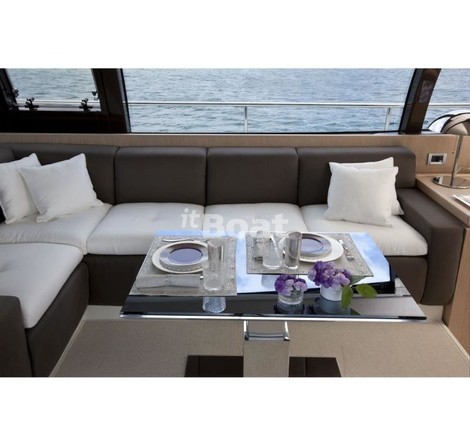 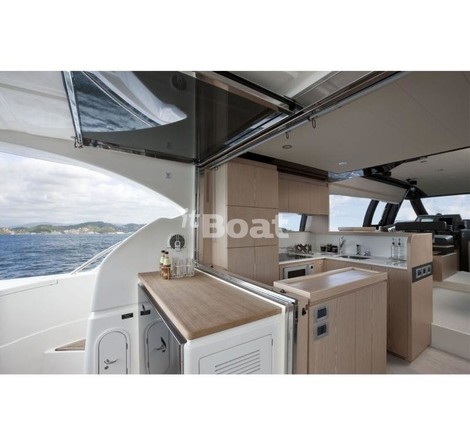 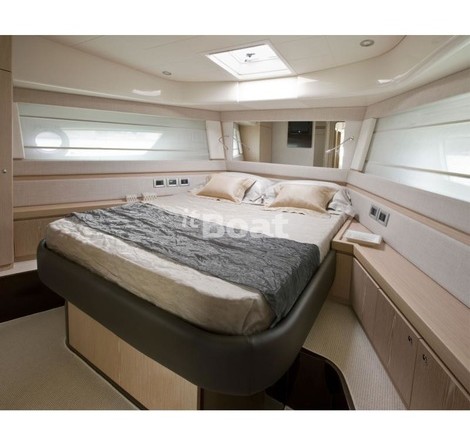 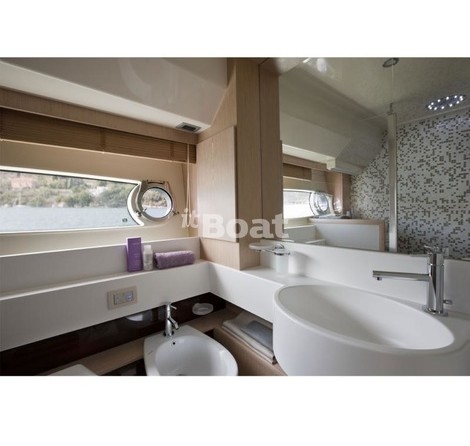 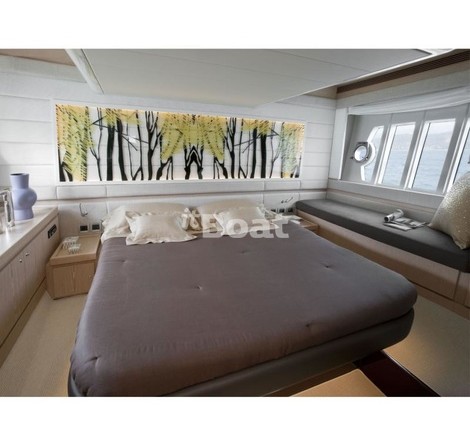 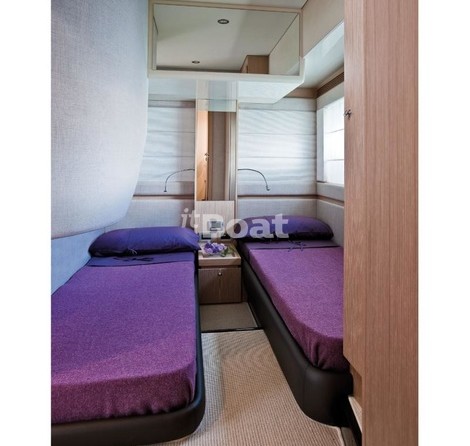 The yacht Ferretti 570 is essentially a stretch limousine, created on the basis of a younger model Ferretti 530. But increasing the length of only 1.5 meters gave a great result in the layout of the residential deck of the ship. If the master has not changed, that in the bow instead of the usual guest is a VIP cabin with private bathroom equipped with shower cabin and almost equal to the space similar to the premises of the owner of the yacht. The second guest cabin left with two separate beds, but in contrast to the model 530 of them are located along the vessel, not across. As you know, at anchor roll prevails, and sleep is constantly slightly swaying from feet to head, not very nice. Importantly, this cabin also now has a private latrine! Bright living room with panoramic view and two huge sofas on layout decisions has not changed much. But to emphasize the distinction from older models, designers mirror it displayed. And at the steering position on the left side appeared battened down the door on the side deck — a very useful solution. On the passport the maximum passenger capacity Ferretti 570 — 18 people, but the cabin is the amount of guests will be accommodated, although it is quite roomy. Part of the company will have to settle on the spacious flybridge.
Read more
Price on request
Contact us
Download offer