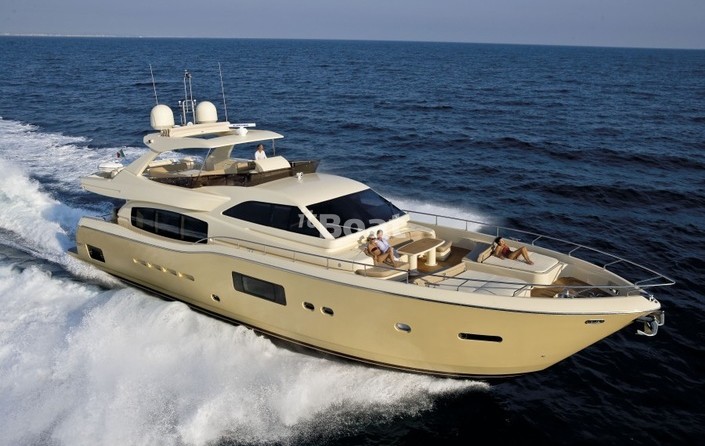 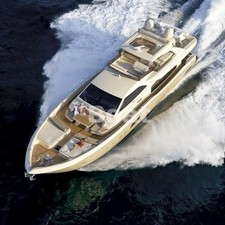 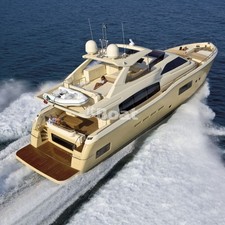 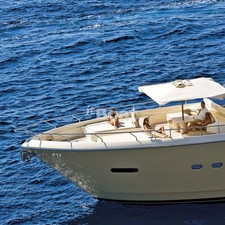 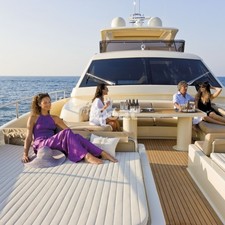 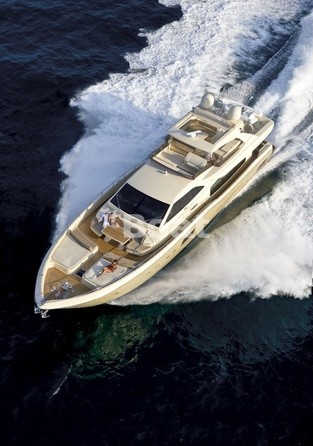 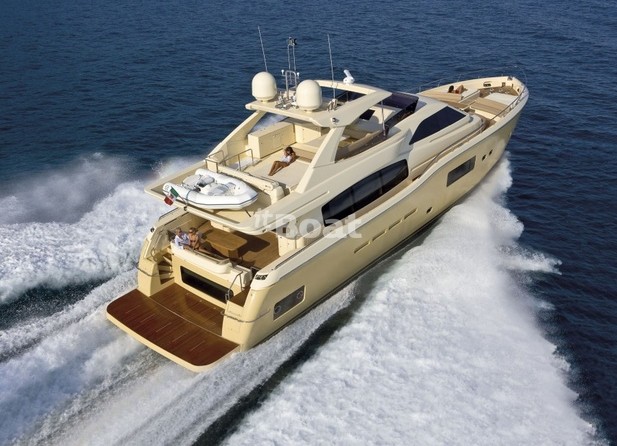 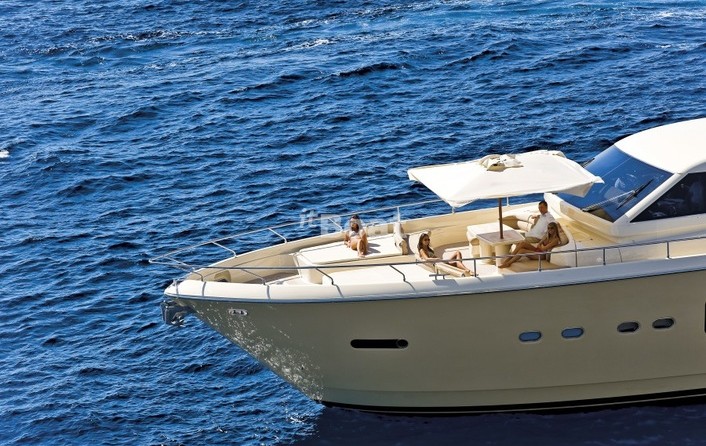 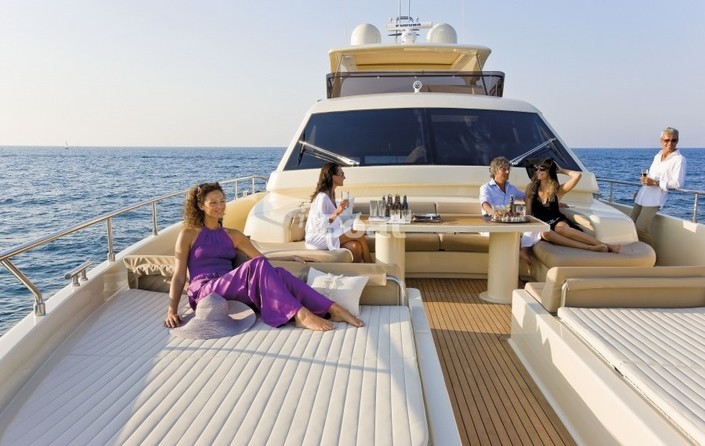 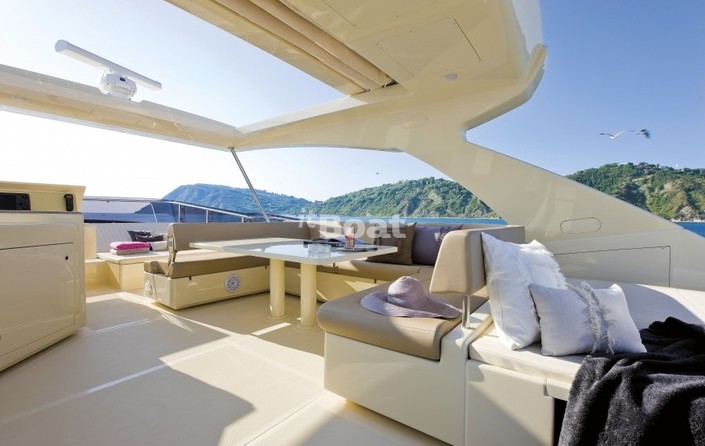 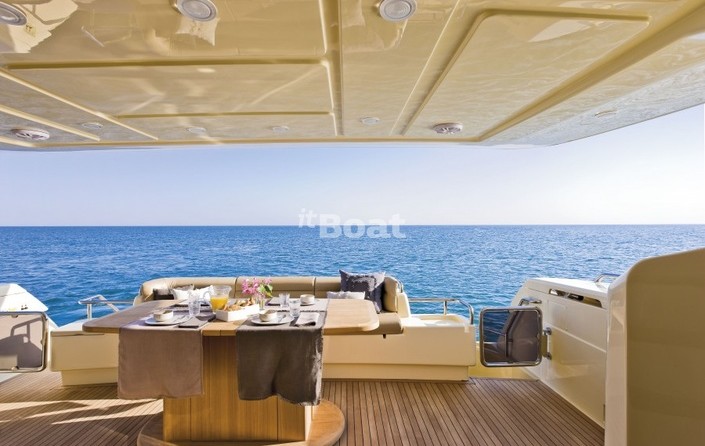 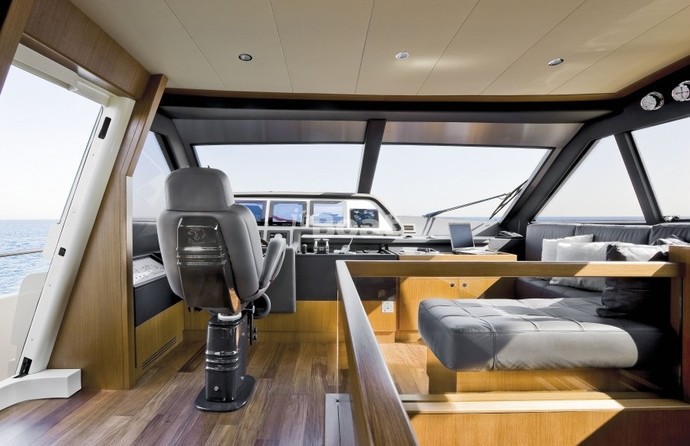 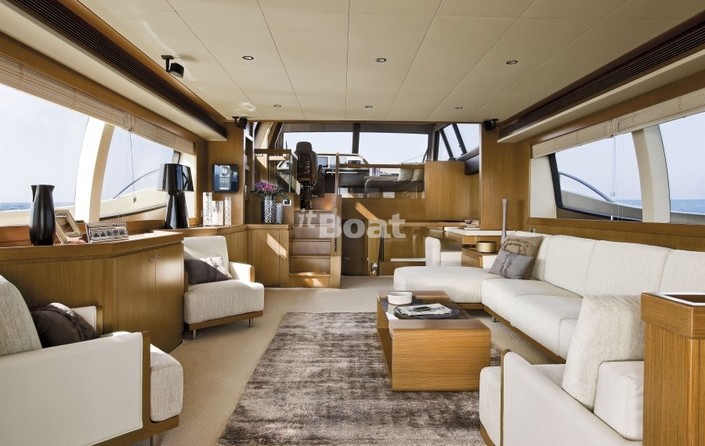 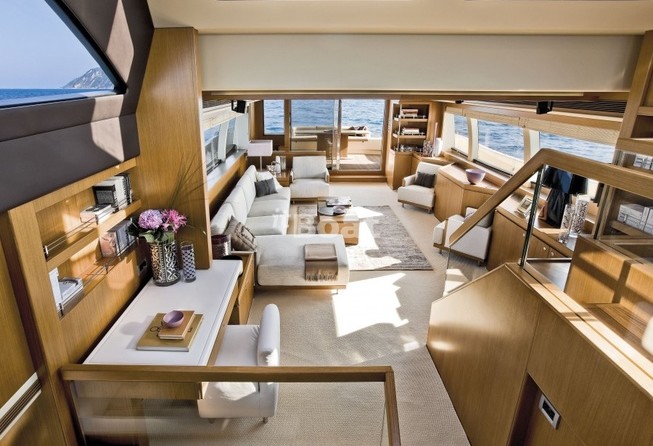 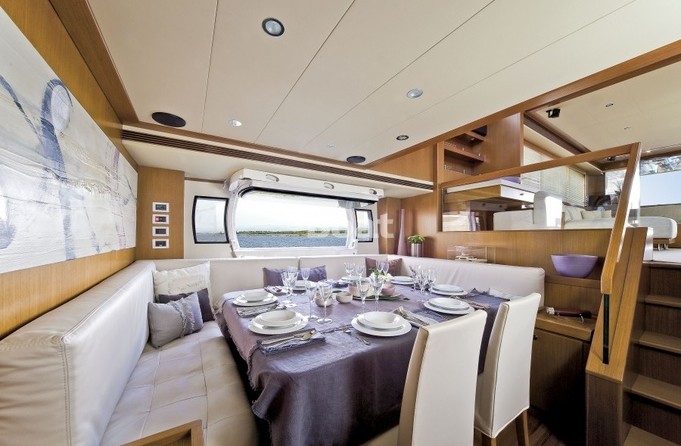 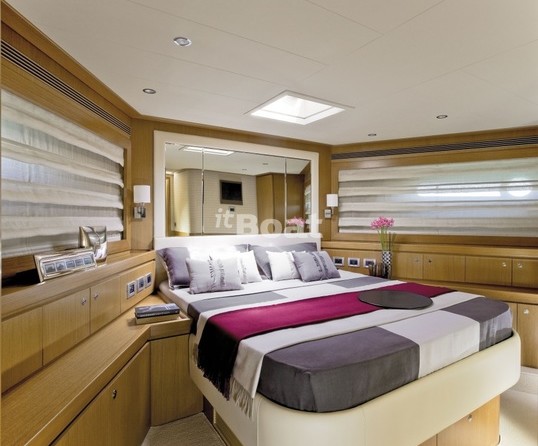 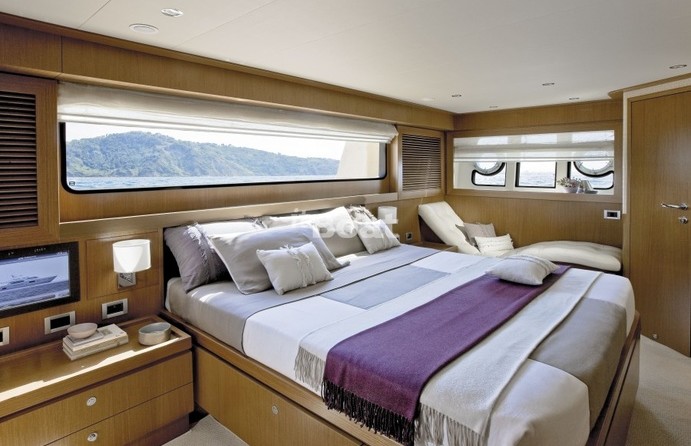 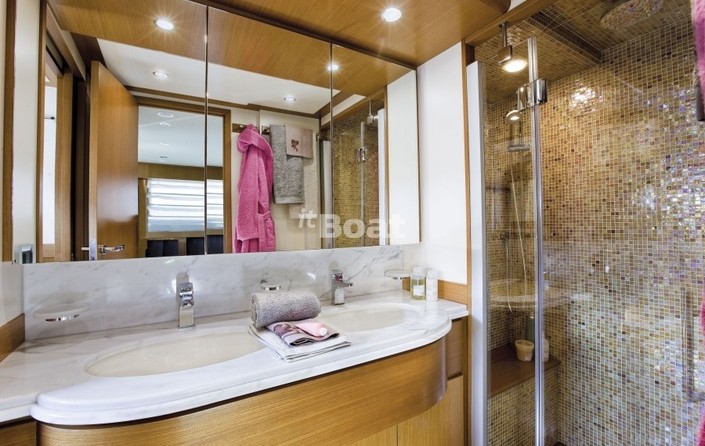 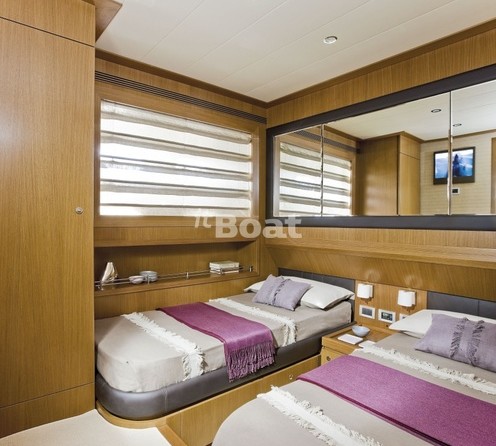 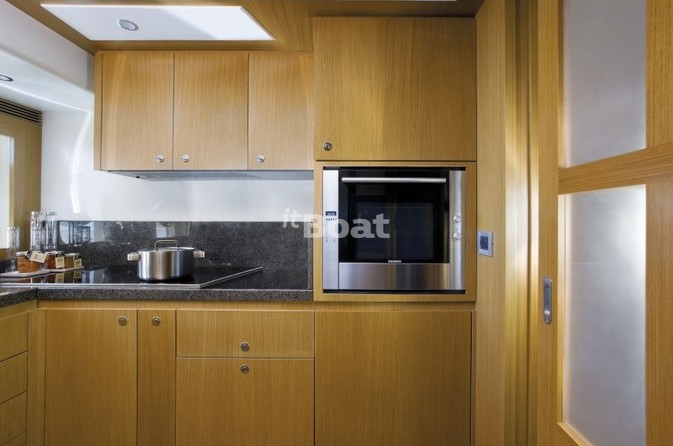 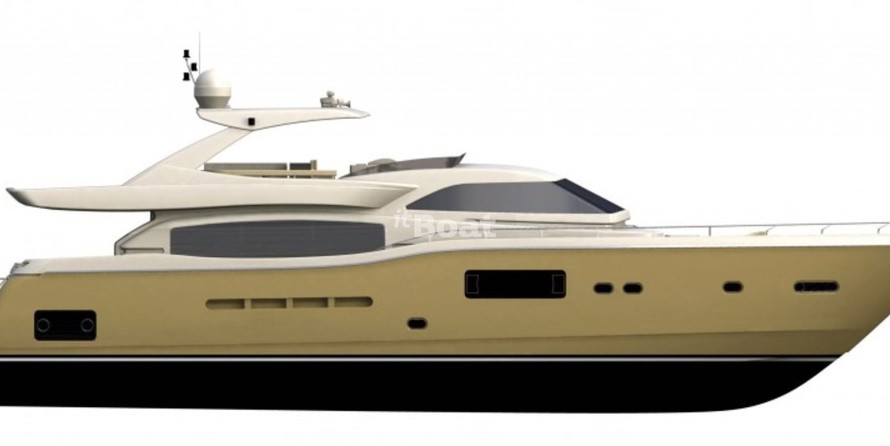 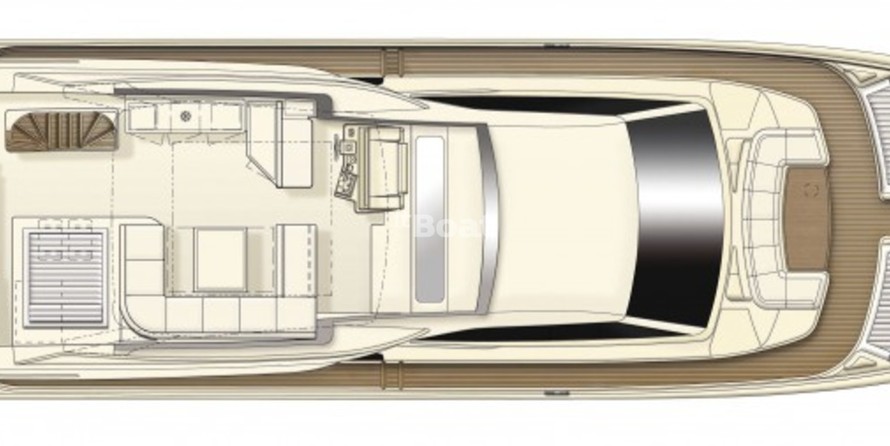 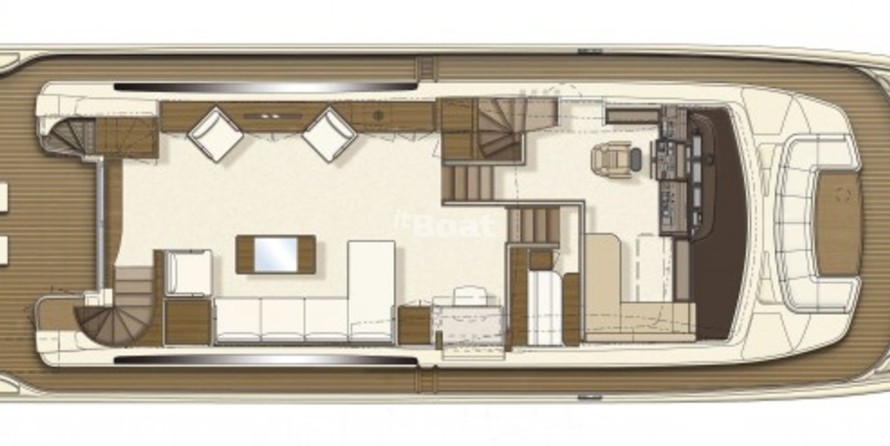 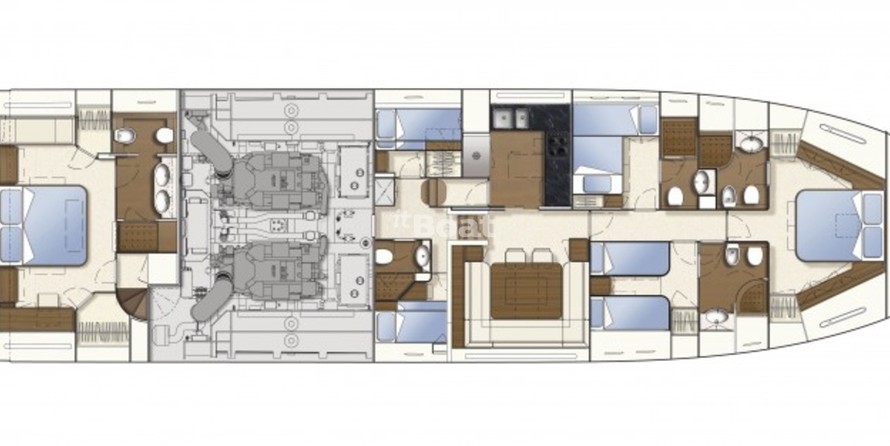 Motor yacht Ferretti Altura 840 knowingly has the own name. Altura — height — its appearance in 2010, stressed that designers and designers of the Ferretti there are no insurmountable heights. In the internal layout, they messed with the well-established in the yacht building tradition, and turned the vessel with unique layout. The owner's Suite located aft is the full width of the hull. Except for the portholes in the sides there is a huge window in the transom, which gives the cabin a lovely light and allows you to admire the sea view. The master Suite has a private ladder leading into the cabin and three double guest cabins with private bathrooms are on the lower deck in the bow of the yacht. Control the floor-level is elevated compared to the interior, and leading to the ladder with handrail can be called the captain's bridge. Underneath lockable kitchen and dining area to starboard with U-shaped sofa and large window in the side. The abundance flowing into each other's spaces in the interior of the Ferretti Altura 840 and generous use of wood in the design resemble a country Villa than a flotation device. Not very attentive visitors can not see where the evening at anchor we lost all the team doors in the interior are no more. It turns out that two of the double cabin under the cabin at the bulkhead of the engine compartment, and the crew gets there through the kitchen.